Preparing for and Hiking the Camino de Santiago

(HILTON HEAD, SC) Outside Hilton Head will host a discussion on ‘Preparing for and Hiking the Camino de Santiago,’ Thursday, March 8th at 5:45 pm. Marjorie Young will share her experience on preparing, packing, training and hiking the ancient 500-mile trek through northern Spain.

The trail starts in the Pyrenees in France and follows the mountain range into northern Spain and ends up in the ancient city of Santiago de Compostela, the alleged burial site of the Biblical apostle St. James. Many follow its route as a form of spiritual path or retreat for their spiritual growth. It is also popular with hiking and cycling enthusiasts and organized tour groups.

In 2016 at the age of 55, Marjorie Young of Savannah decided to hike the Camino de Santiago, in order to celebrate her 56th birthday on the Camino. The Camino de Santiago is listed as a World Heritage Trail, which was selected by the United Nations Educational, Scientific and Cultural Organization (UNESCO) as having significance to the collective interests of humanity.

RSVP to Olivia Baddley at olivia@outsidebrands.com. Location is 50 Shelter Cove Lane in Hilton Head Island, SC next to Whole Foods. The event is free. 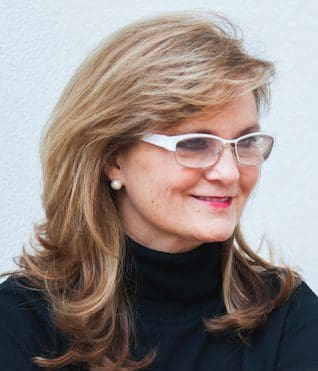 ABOUT OUTSIDE HILTON HEAD
Outside Brands is a multi-faceted, service-oriented company offering valued clients
everything they need to enjoy unsurpassed outdoor adventures. A part of the Hilton
Head community since 1979, Outside’s team of outdoor enthusiasts offers a
comprehensive array of products and services delivered through a network of retail
stores, leisure recreation activities, a Destination Management Company (Destinations
DMC), corporate teambuilding programs and a nonprofit, the Outside Foundation.
Outside Brands is committed to enriching lives as they introduce people to new places,
products and experiences that enhance their enjoyment of the great outdoors. For more
information, visit www.outsidehiltonhead.com, or call 843-686- 6996.

(SAVANNAH, GA) The University of Georgia will host “Building Local ‘Buzz’ for your Business” at the University of Georgia – Small Business Development Center in Savannah on Jan. 30. Marjorie Young, an experienced public relations consultant and president and CEO of Carriage Trade Public Relations, will present “Five Secrets to Creating Positive Word-of-Mouth in Your Community.”

Attendees will learn to create a repeatable tagline, to develop your referral board, to position yourself as an authority, to pursue awards and to deliver hard news about your business.

Participants will also develop a media release for their business.

“Businesses have so many great stories and do so much good, but no one ever knows about it,” said Young. “You have the content. Now all you need to do is share it.”

Young founded Carriage Trade Public Relations® Inc. in 1995. Her firm creates positive word-of-mouth for businesses in the community and online by using reputation management strategies. She is also the founder of the REPUTATION MATRIX™ method, which helps businesses create year-long public relations plan.

In 2017 the Savannah Chamber named Young as the Helen V. Head, Small Business Advocate of the Year. She currently sits on the Savannah Rotary and Hospice Savannah board of directors. Past boards include Savannah Area Chamber of Commerce, Leadership Savannah, Buy Local Savannah and Small Business Chamber.

The program will be held from 9 a.m. to noon on Jan. 30 in Suite M at the University of Georgia – Small Business Development Center, 513 E. Oglethorpe Ave.

The program costs $79. Interested parties can register at http://www.georgiasbdc.org/training/?center=southern%20coastal

For more information on the event, please visit https://www.georgiasbdc.org/building-local-buzz-for-your-business-jan-30-2018-savannah/ 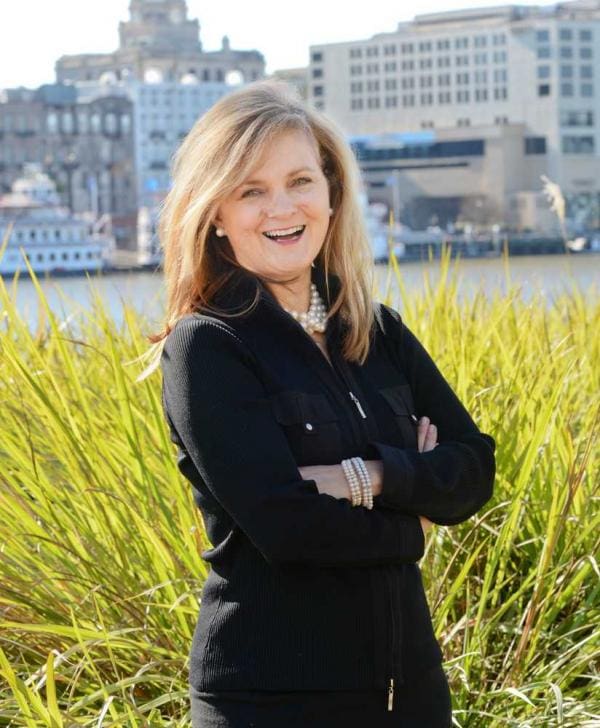 “When our small businesses are strong, our community will be strong,” Young said.

Young stated that Savannah is blessed to have a helpful and productive small business community. 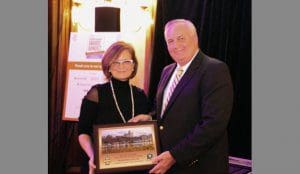 Riverstone, built in 2012, is located near the crossroads of Interstates 75 and 16 less than one mile from the city’s premier lifestyle center, The Shoppes at River Crossing.

The Riverstone community consists of one-, two- and three-bedroom garden-style units with gourmet kitchens, nine-foot ceilings, soaking garden tubs, walk-in closets and washer/dryer connections. Property amenities include a pool with gas and charcoal grilling stations, a billiard and social room, fitness center, cyber café with WiFi, a fire pit and a dog park.

Riverstone is the third North Macon apartment community acquired by KMC. The firm also owns and operates The Falls, a 296-unit property at Spring Creek, and the 200-unit Legacy at River Crossing.

“Riverstone is a fabulous property,” said Kole Management President Jeff Kole. “The floor plans and unit features are top of the line, and the expansive clubhouse and related amenities lend a true resort air to the community.”

KMC owns and operates more than 2,300 total apartments in Georgia and South Carolina,
which consists of the three Macon properties, The Palms in the West Ashley section of
Charleston, 1035 Alexander in Augusta and, in the Savannah area, Alhambra, Wyndmere, Kessler Point, Rendant, Arbors, Ridgewood, Carriage House and Ashton at Richmond Hill.

(GEORGETOWN) Lecture about “Carol Stuart Watson, the Nation’s Capital Illustrator” will be presented by Marjorie Young, Watson’s daughter. The free talk will be on Saturday, June 13 at 1 p.m. at the Georgetown Neighborhood Library located at 3260 R Street, NW. Washington, DC 20007
202.727.0233. http://dclibrary.org/georgetown

Watson’s illustrated historical scenes of Washington, DC, Georgetown, Alexandria, Annapolis, Montgomery County, and Frederick were printed and widely circulated on postcards, calendars, in books, and as well as prints for framing. She was also a muralist; two of her major works include the large scene of ‘Colonial Georgetown’ at Lockheed Martin Headquarters in Bethesda, and another at the United States Chamber of Commerce which depicts the “Romance of Lafayette Square.”

Included in this presentation will be examples of the many illustrations, painting, and photographs she created.

About The Speaker Marjorie Young, Daughter
Young was born in Arlington, VA and was raised by very entrepreneurial parents who were the founders of Carriage Trade Publishing, magazines devoted to the high society of Washington, DC. Young remembers working on projects with her parents from a very, very young age, whether it was posing for photo for the Dining and Shopping in Washington or collating the magazine. Young graduated from the University of Maryland with a degree in Journalism and minor in Fine Art. In 1995, Young founded Carriage Trade PR in Savannah, GA, a public relations agency to help businesses publicize their “powerful reputation” by creating positive word-of-mouth in the community and online. She named her company in honor of her parents. Carriage Trade means high end clientele. Young is the proud mother of her 27-year-old daughter working on her Ph.D. in Robotics Engineering at Georgia Tech. In 2013, the Savannah Morning News named Carriage Trade PR, Small Business of the Year. http://savannahnow.com/exchange/2013-12-30/carriage-trade-pr-2013-small-business-year. This year, Young is celebrating Carriage Trade PR’s twentieth year in business.

Majoring in Public Relations, Wright is a senior at Georgia Southern University, expected to graduate in May of this year. While working on her undergraduate degree, Wright was a member of Kappa Kappa Gamma and a writer for the PRSSA newsletter team. Wright also actively participated on intermural recreation sport teams including: flag football, softball and ultimate Frisbee.

ABOUT CARRIAGE TRADE PR, INC: Carriage Trade Public Relations, Inc. was founded in 1995 by Marjorie Young, to help businesses increase their visibility in their community and globally online using reputation management strategies. They can be reached at 912.844.9990 or www.carriagetradepr.com.