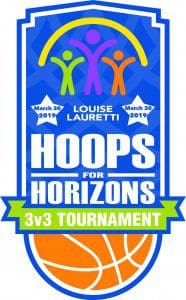 The tournament is named for former Horizonsteacher Louise Lauretti, who died of melanoma in 2014. It’s designed to bring together players of all ages and abilities along with Savannah basketball legends and Horizonssupporters to celebrate Lauretti’s love of learning and her legacy at Horizons.

“This annual tournament is a great way for us to raise funds and awareness for a program that serves more than 280 students each summer,” said executive director Christy Edwards.

The event begins at 9 a.m. and is open to teams of boys and girls from grade five through adults. Teams of as many as five players may register to play. The tournament will be “three vs three” with refereed games. Teams will play in age divisions for trophies. Local basketball legends Larry “Gator” Rivers and Dale Parker will be honorary co-chairs of this year’s event.

At the halftime break at noon, there will be a free throw and basketball skills challenge open to all players. For youth teams, which includes fifth through 12th graders, registration is $50. It’s $100 for teams with members 18 and over.

For more information, to register a team, sponsor a youth team or sponsor the event visit www.horizonssavannah.orgor call 912-961-8854. All proceeds benefit Horizons Savannah.

ABOUT HORIZONS SAVANNAH
Recognized as one of America’s best summer learning programs, Horizons Savannah at Savannah Country Day School, Bethesda Academyand St. Andrew’s Schoolserves over 200 low-income students each summer. Horizonsis a transformative experience for youth in Kindergarten through the 12th grade focused on helping low income students close the achievement gap through academic support and confidence building. For more information, please contact Horizons SavannahExecutive Director Christy Edwards at 912-961-8854or cedwards@savcds.org. You can also visit our website at http://horizonssavannah.org/, check out our Facebook page.