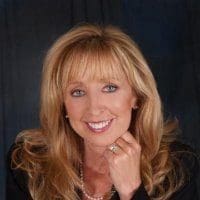 It’s the law. Georgia motorists will have to put down their phones while driving to comply with the new Hands-Free Georgia Act that becomes effective July 1.

The goals of the new law, signed earlier this year by Gov. Nathan Deal, are to lower incidents of distracted driving and rising insurance premiums by prying our eyes and our attention away from cell phones while we’re behind the wheel.

The Atlanta Journal-Constitutionhas reported that highway fatalities rose by one-third in Georgia from 2014-16. While cell-phone use cannot be pinpointed as a cause for this increase, the state Department of Driver Servicesprocessed 3,866 citations for using phones while driving in 2016, up more than 30 percent from 2014.

The costs associated with car crashes differ depending on the injuries sustained, but the average cost for the physical damage to one car is $7,500. If there is a fatality, the financial impact can reach into the millions. Even for non-fatal crashes, total costs can soar into the hundreds of thousands.

The hands-free law doesn’t allow drivers to support any wireless device with any part of their body when they’re behind the wheel unless they’re legally parked. This means that you cannot hold it in your hand, lay it in your lap or hold it against your ear with your shoulder.

While the new law prohibits you from holding your phone while driving, you can still talk and even text as long as you’re using hands-free technology.

You may also use your phone as a GPS, but you must set it up before you begin driving. If you need to change your route, you must be legally parked before you pick up or touch your phone. This does not include being stopped at a light or stop sign. You are only considered legally parked if your vehicle is parked in a parking space, parking lot or driveway.

The new law also prohibits drivers from watching or recording a video and from typing, sending or reading any text-based communication unless legally parked.

The only exceptions to the hands-free law would be if the driver is reporting a traffic accident, medical emergency, fire, crime, delinquent act or hazardous road condition. Law enforcement officers are exempt from the law as long as they are performing their official duties.

The prohibition is considered a primary enforcement law, which means an officer may cite a driver for using a hand-held cell phone without any other traffic offense taking place.

The Governor’s Office of Highway Safetysays the Georgia Department of Public Safetyand local law enforcement may issue warnings as part of the effort to educate and to help motorists adapt to the new law. However, citations can and will be issued starting July 1. Penalties will begin at $50 for a first offense, $100 for a second offense and $150 for three or more violations.

With the passage of the new law, Georgia becomes one of 16 other states, along with the District of Columbia, Puerto Rico, Guam and the U.S. Virgin Islands, to prohibit drivers from using hand-held cell phones while driving.

In South Carolina, it is illegal for motorists to text and drive, but hand-held cell phone use is still permitted and drivers are allowed to use the GPS feature on their handheld device for navigation purposes.

Joanie Iaco is Manager of Peacock Collision Center, part of Peacock Automotive, which owns and operates 24 automotive dealerships representing 31 brands in Georgia, South Carolina and Florida. The company’s headquarters are located at Peacock Auto Mall on U.S. 278, 5 miles east of I-95 at Exit 8 near Bluffton, S.C. For more information about Peacock Collision Center, call 843-645-5500or www.peacockcollisioncenter.com.